Workers of the DOHA canned fish factory in Agadir, Morocco, continue with their regular actions demanding that their union leadership be cleared of all charges and the court order imposing an incongruously large fine on the union’s president Abdullah Rakhmoun be reversed. They also demand reinstatement for dismissed activists and recognition of their union, which belongs to the national center CDT.

The workers’ action was launched in spring 2015, when the management unilaterally decided to de-recognise the union that had been organising the factory workers since 2011 and dismiss the more active members. This provoked a strike and a retaliatory lock-out of more than 700 workers the majority of whom are women. The court, following the company demands, found the union’s president guilty of inflicting a financial loss on the company and ordered him to pay the company around EUR 300,000 in damages. The court decision was instantly appealed, the appeal is being constantly postponed, yet every time a hearing is scheduled hundreds of factory workers and their family members fill up the courtroom and the corridors, eager to support their leader.

One such action took place on the day when the Kingdom of Morocco hosted a meeting of the Sub-Committee on Fish Trade of the FAO Committee on Fisheries (COFI) in Agadir, February 22-26, 2016. The situation at the factory was reported to the meeting participants to illustrate the deplorable situation of human rights violations in the sector at a special side event on decent work issues. The Sub-Committee took this information with all due seriousness as responsible business practices and observation of human rights in the sector’s supply chain are increasingly becoming prerequisites for access to national markets in Europe and North America and therefor are related to international fish trade policies. 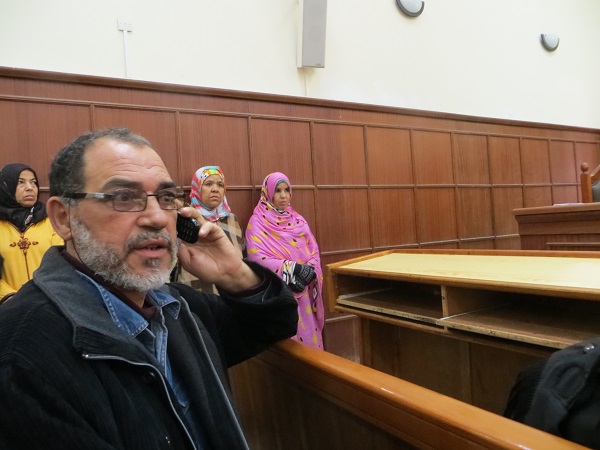 Abdullah Rakhmoun in the courtroom. 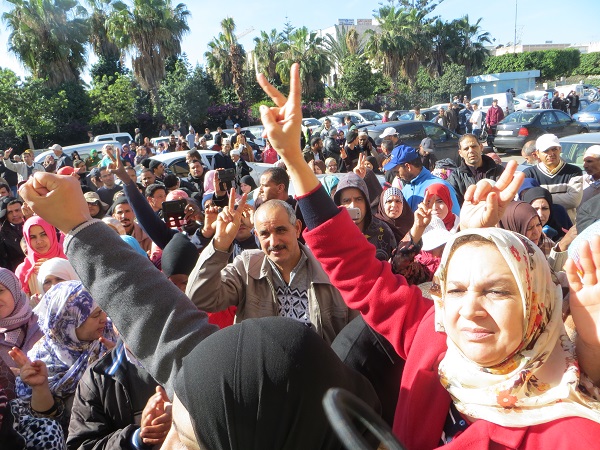 Workers flooding the square in front of the courthouse to yet again claim their right to dignity and demand justice.