Published: 25/11/2015
Workers at the Bagan Hotel River View in Myanmar (Burma) are determined to defend their union in the face of management hostility and government ineffectiveness in enforcing basic trade union rights. 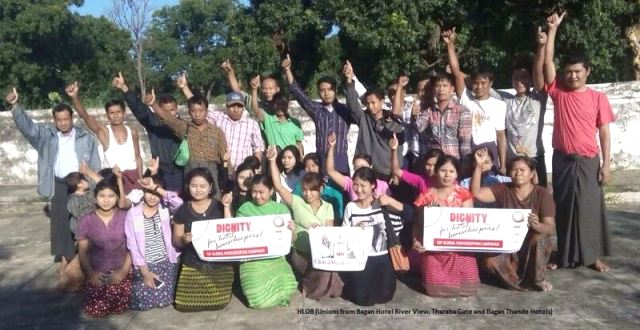 Despite the dismissal of 5 union leaders earlier this year and management harassment of union members, union members and officers from the Hotel River View and other Bagan hotels enthusiastically participated in the IUF’s Global Week of Action for a safe and secure work environment for hotel housekeepers and are determined to win their rights.

Management continues to defy two legal orders to reinstate the unfairly dismissed union leaders and has resorted to a 2014 law which allows up to two years to appeal the court decision. The IUF has filed a complaint against the government of Myanmar with the ILO’s Committee on Freedom of Association, highlighting the anti-union uses of a law which precludes the government from enforcing basic rights and its own legal decisions. 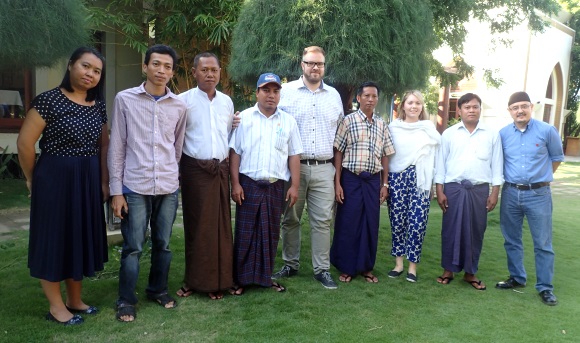