Published: 15/03/2017
Close to 400 members of the IUF-affiliated Mayson Workers’ Union have been on strike since March 9 in response to the company’s unilateral announcement of 184 layoffs at the Mayson Bakery factory in Yangoon’s Hlaing Tharyar township. Mayson is the country’s leading producer of baked goods. Workers walked off the job and shut down production the day after the layoffs were announced, and have continued their industrial action following management’s refusal to reconsider the mass layoff or transfer workers to the company factory where production is being transferred.

On March 15, workers at the third Mayson factory, in the Hlaing Tharyar industrial zone, gave strike notice; their demands include support for the 184 laid off workers. 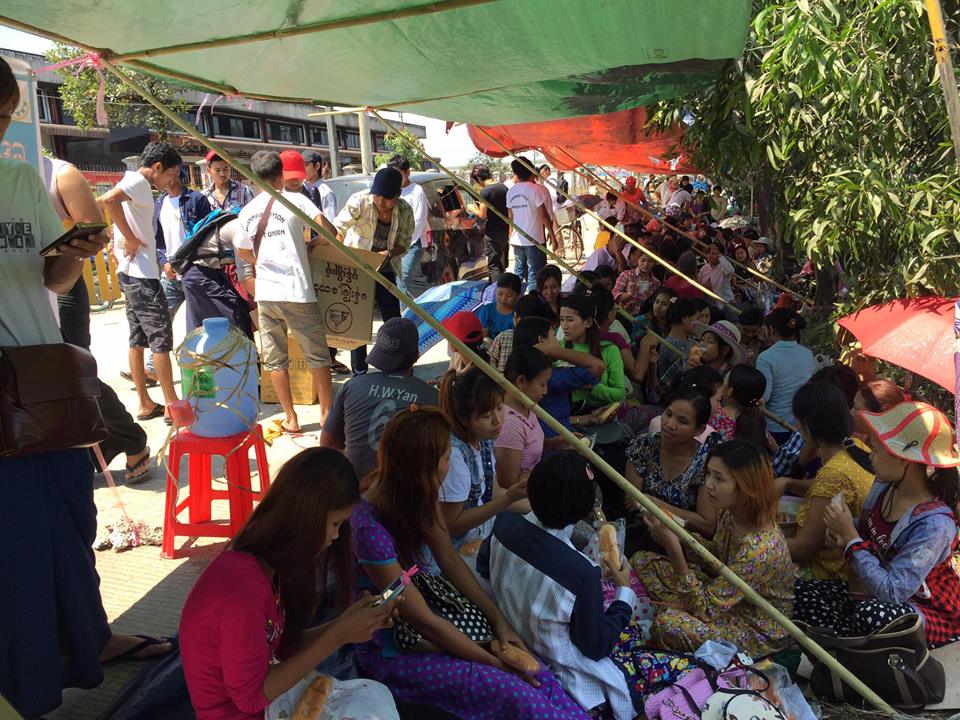