The German Foodworkers Union, NGG, has called a mass demonstration on Saturday, 18 November, against job destruction at the ice cream factory in Uelzen. Click here for the announcement (in German) 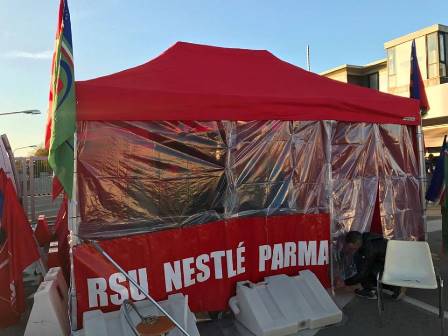 In late September, workers at the former Nestlé factory in Parma were informed that the company intends to close the factory and dismiss 180 workers. At a meeting with representatives of the regional and municipal governments and the ministries of economic development and labour on 15 November, Nestlé-Froneri management confirmed its intention to end production in Parma and fire the workforce.

We encourage affiliates to use the images below for posters, leaflets and solidarity photos. 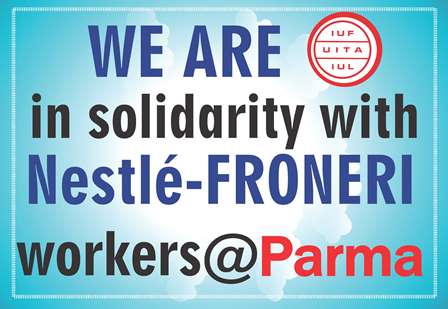 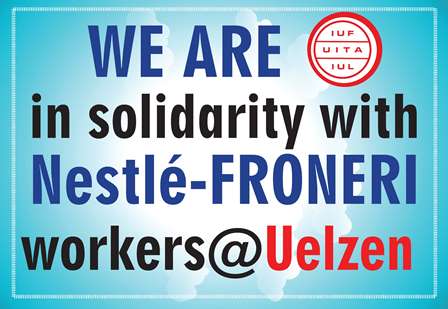