Nearly 200 workers from the Nestlé-Galderma research centre near Nice in the south of France travelled overnight by bus to demonstrate in front of Nestlé headquarters in Vevey, Switzerland, on 9 February. They came to protest the announced closure of the research centre, Nestlé’s lack of transparency regarding plans for the site and the unacceptable settlement proposals on offer.

The demonstrators were supported by their union, the FCE-CFDT, by the FGA-CFDT, which represents Nestlé food workers in France, and by the Swiss trade union UNIA in addition to the IUF. 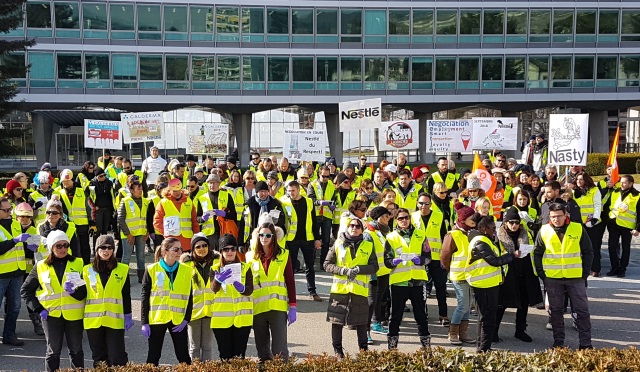