Published: 19/06/2017
On June 10 and 12 workers at the Phillips Seafood plant held actions coinciding with US management’s planned visit to the Lampung factory to highlight their demand for direct, permanent employment at the facility where many have worked up to 15 years without a permanent contract. 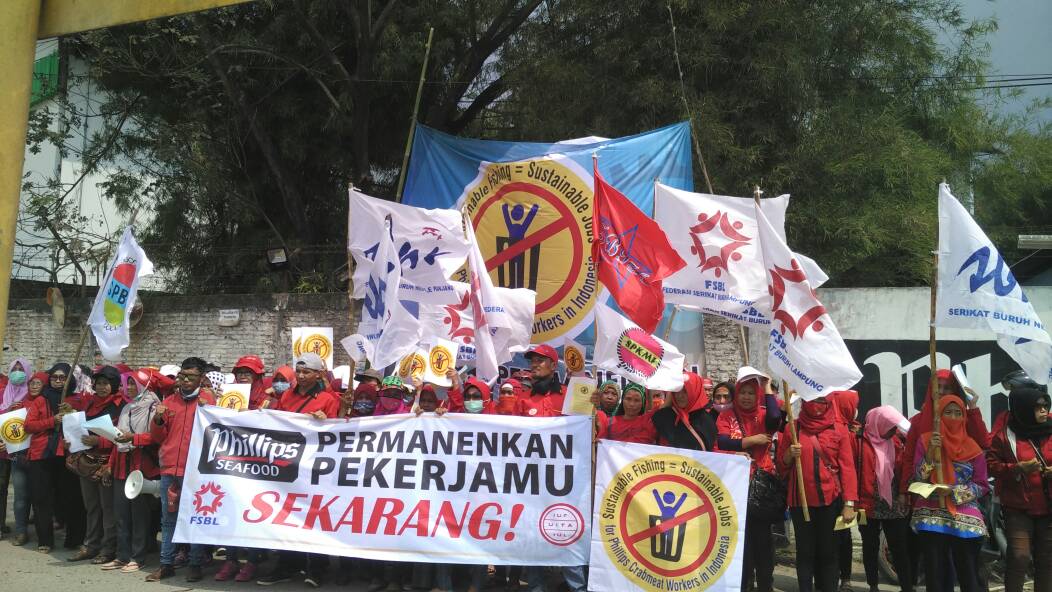 Following a mass worker protest on June 10, representatives of the Phillips union and the Lampung Workers’ Federation met with local management, who promised conversion to permanent status in 2 weeks. Management also stated that Phillips US Director of Development Strategic Partners & Franchising had cancelled the visit to Lampung. However the following day the Director came to the factory. During the visit, there was an accident in which a metal rod from a trolley injured a worker’s hand. The director came to the factory again on June 12, when the union and federation held another demonstration. The director then left in a hurry, without talking to the union.
June10Action.jpg