Published: 16/10/2017
The strike launched by the Norwegian Foodworkers’ Union NNN at fish processor Norse Production on September 8 ended on October 12 with the company signing the Collective Bargaining Agreement for the fish processing sector. With union recognition secured, the local union will now be able to negotiate additional improvements with local management within the framework of the sectoral agreement.

Norwegian unions prepared for support action in solidarity with the NNN as the company dug in and attempted to employ strikebreakers. Industri Energi gave notice of sympathy action to block delivery of shipping material. The transport workers’ union made preparations to halt transport and the NNN was prepared to shut down all salmon production.

In the course of the strike the union received solidarity messages from unions around the world and important support from Solidarity in Poland and the foodworkers’ union LMPS in Lithuania, respectively, home countries to many of the migrant workers at Norse Production. The NNN has expressed its warm appreciation for the extensive international support it received during the long, tough struggle. 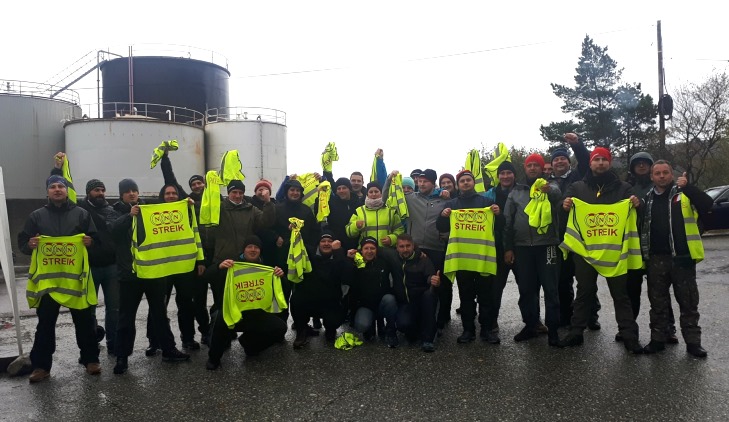