Published: 26/04/2016
Norwegian hotel, catering and restaurant workers, members of the IUF-affiliated Fellesforbundet, have been on indefinite strike since April 24 at 356 establishments across the country in response to the employers’ refusal to meet the union’s longstanding demand for local wage negotiations. The hotel and restaurant workers are among the lowest paid of all workers and Fellesforbundet isfighting for an increase above the minimum wage level and for local wage negotiations to complement the national negotiations. The union is also demanding that the minimum wage in the national agreement cover all establishments whether they are organized or not. This would also help employers to fight unfair competition, according to union negotiator Clas Delp.

The current action is the first strike by the hotel- and restaurant workers since they joined Fellesforbundet in 2007. 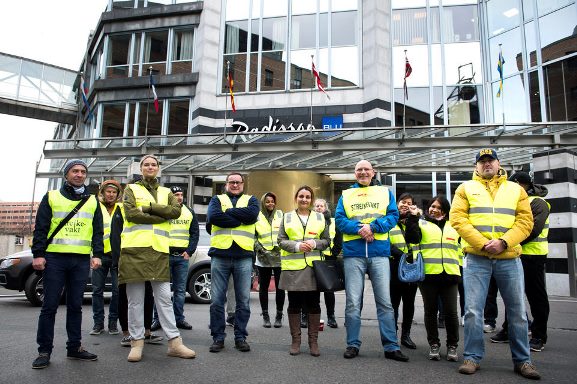