The IUF-affiliated Novoprof is supporting and organizing workers at the Moscow restaurants of the international fast food chain Sbarro, where workers have not been paid since July 2015. On December 24, workers formed a union that joined Novoprof and submitted their demands for payment of arrears, union recognition and permanent employment contracts to the Russian holding company Hospitality Planet, which holds the franchise for the US-based chain in Russia and the CIS, the Baltic states and Central and Eastern Europe. When their demands were rejected, Novoprof held a picket at the holding company and supported a work stoppage on January 7. The union has filed a complaint with the General Prosecutor’s office.

Hospitality Planet’s Sbarro operations rely on the massive use of agency labour. In the Moscow  region alone, Sbarro workers are employed through 30 different temp agencies. 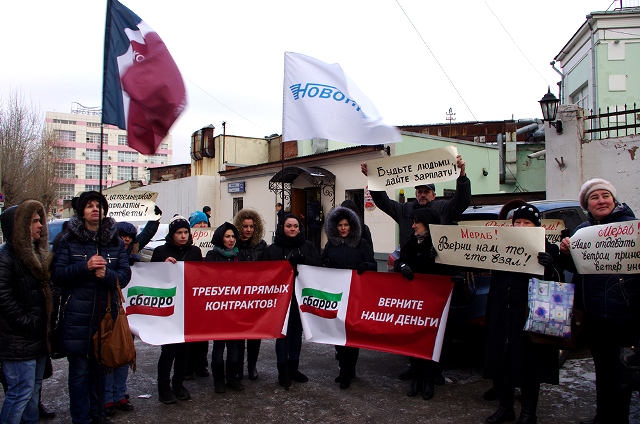 ‘Sbarro, be human – pay us our wages!’ – workers at the transnational fast food chain’s Moscow operations have not been paid since July 2015.