On March 9, the US state of California officially approved the Hotel Housekeeping Musculoskeletal Injury Prevention workplace standard adopted earlier this year by California’s Occupational Safety and Health Standards Board. Described by the California government Department of Industrial Relations as “the first ergonomic standard in the nation written specifically to protect hotel housekeepers”, it comes into force on July 1, capping an initiative launched by UNITE HERE in 2012. 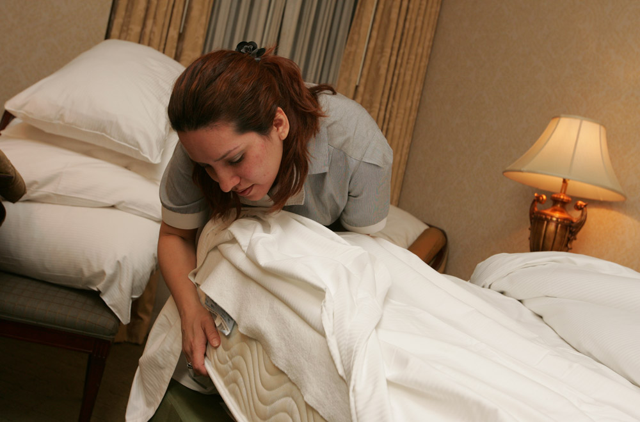 “Hotel housekeepers have higher rates of acute and cumulative injuries compared to workers in other industries, and data shows those injuries have steadily increased,” said Cal/OSHA Chief Juliann Sum. “This regulation requires employers to identify, evaluate and correct housekeeping-related hazards with the involvement of housekeepers and their union representative.”

The regulation, according to the official press release, requires employers in the hotel and lodging industry to establish, implement and maintain an effective Musculoskeletal Injury Prevention Program which must include:

Housekeepers in California and around the world have cause to celebrate, and an important precedent to build on.