AFFCO Talleys which locked out its workforce for several months in 2012, has threatened a butcher who has 15 years service with the company that she may not be re-hired after she approached her MP for support.

Roberta Ratu (Bertie) posted on the facebook page of her Member of Parliament asking him to support a petition requesting AFFCO Talleys to do the right thing and conclude in good faith the collective agreement which has been unsettled for 15 months. She did not denigrate or criticise the company in the facebook post.

AFFCO Talleys sent Bertie a warning letter to say she would not be re-engaged for the new processing season unless she removed the facebook post.

The IUF affiliated NZ Meat Workers Union is campaigning to have their collective agreement settled. Find out more here. 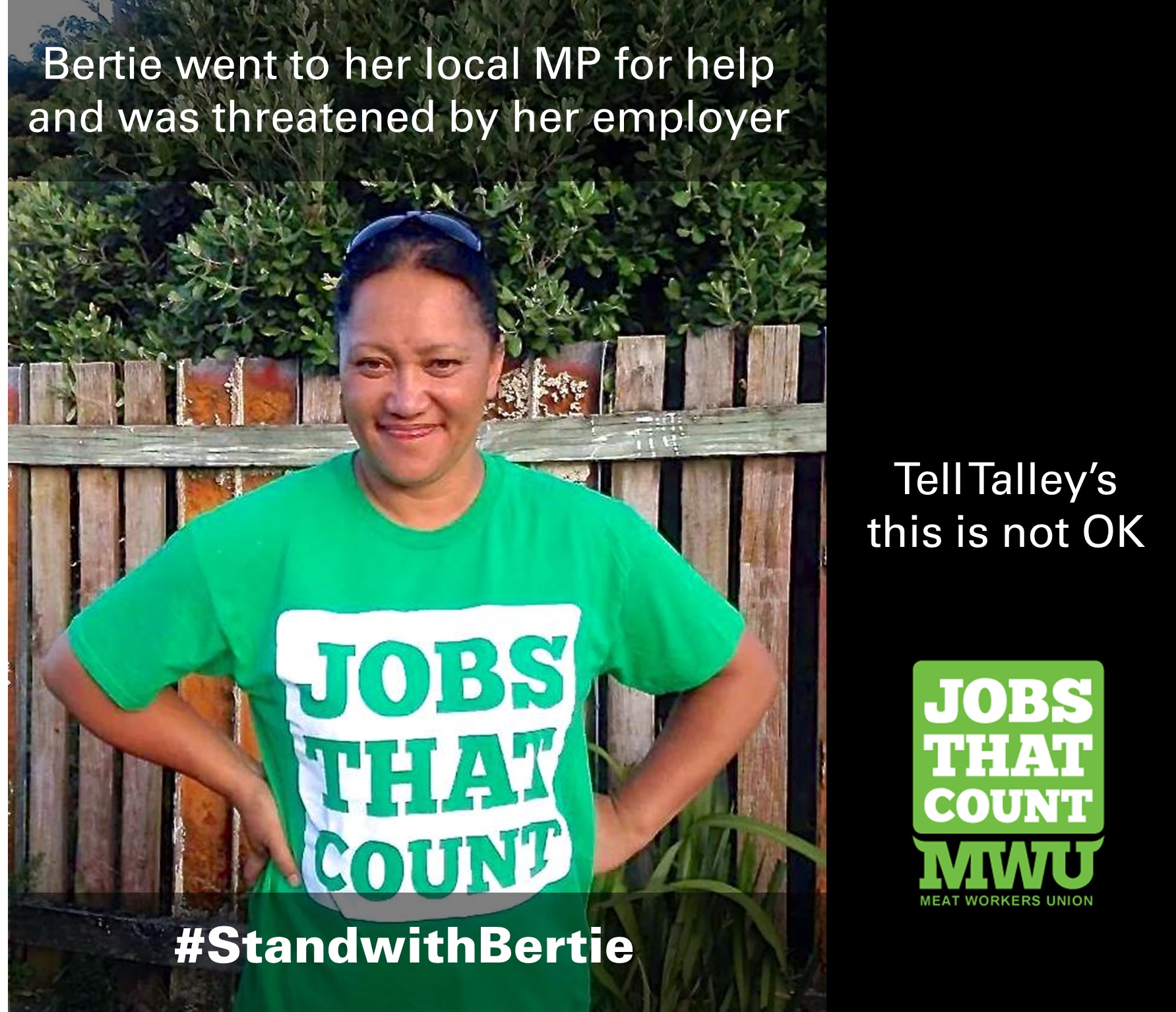