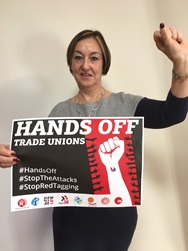 Trade union organizations around the world, national and international, are taking action on December 10, International Human Rights Day, to highlight organized violence against trade unionists and rights defenders in the Philippines. According to the Philippines’ Center for Trade Union and Human Rights, at least 43 trade union leaders have been assassinated since Rodrigo Duterte took office in June 2016.

One of the first victims of the extrajudicial killings was Orlando Abangan, an organizer with the national center SENTRO and a leader of the Partido ng Manggagawa (PM). Another PM trade unionist, Dennis Sequeña, was murdered in June this year.

IUF General Secretary Sue Longley. The IUF is working with affiliates in the Philippines and internationally to demand action to stop rampant human rights abuses and attacks on trade unionists.

Systematic violence against trade unionists, community organizers, journalists and human rights activists underpins the widespread practice of ‘red-tagging’, smearing unions and their members as agents of subversion and therefore legitimate targets for government repression. In a December 10 SENTRO statement,  Danny Edralin, SENTRO chairperson and General Secretary of the IUF- affiliated NUWHRAIN, denounced red-tagging for “giving the military both justification and impunity in targeting trade unionists and creating fear among workers” and forcefully discouraging workers from forming independent unions. 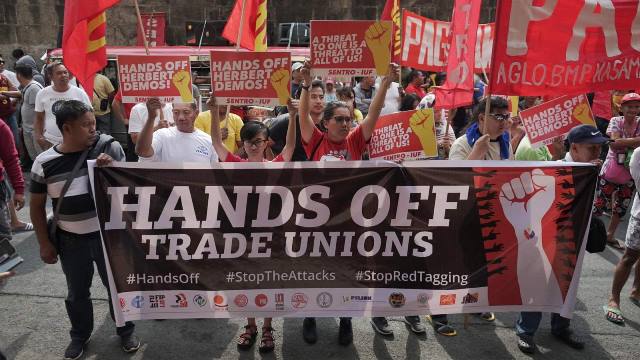 SENTRO demonstrates in Manilla on December 10

At Coca-Cola operations in the Philippines, management  brought alleged police personnel to a ‘town hall meeting’ with workers at the company’s Bacolod City plant where workers were advised to resign their SENTRO-affiliated union membership. Herbert Demos, SENTRO Coordinator in the city of General Santos, has been publicly threatened by the management of a fish canning factory for assisting workers to organize their own independent union. 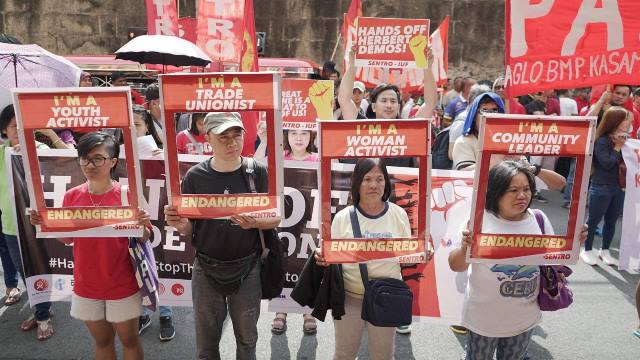 Across the Philippines, workers and trade unionists have similar stories to tell. The violence unleashed and legitimated by the Duterte regime’s ‘war on drugs’ has enabled an organized assault on the lives and the freedoms of all those seeking to exercise their fundamental rights. Union action on December 10 announces the global trade union movement’s resolve to defend these rights and halt the violence and intimidation.