Meeting with tuna cannery workers in Madang, Wewak and Lae, the union delegation from General Santos, the tuna capital of the Philippines, shared experiences from their four-year struggle at Citra Mina and building Tuna Workers Solidarity (TWS).

In PNG workers employed at tuna giants such as RD Tuna and South Seas are still struggling to secure their basic right to collective bargaining, while facing systematic human rights abuses, including harassment and discrimination. RD Tuna is owned by the Mayor of General Santos City in the Philippines. 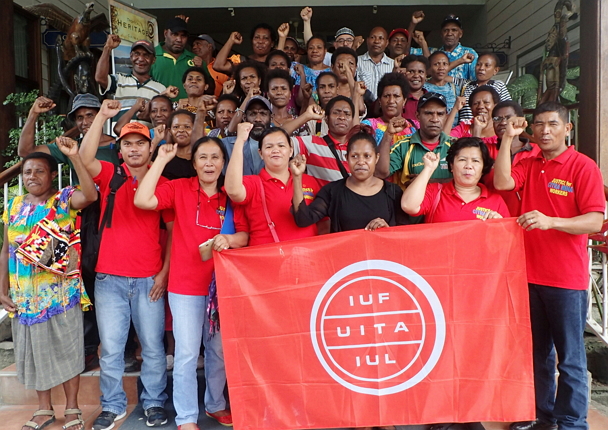