On June 3, the country’s lower house of parliament, under pressure from President Duterte and his allies, voted to approve a ‘Human Security Act’ which is expected to be shortly signed into law. The law, described as ‘a human rights catastrophe in the making’ by Human Rights Watch, “will open the door to arbitrary arrests and long prison sentences for people or representatives of organizations that have displeased the president.”

An ‘Anti-Terrorism Council’ appointed by the president can order the arrest of anyone designated a ‘terrorist’ without a warrant or due process and held for up to 24 days. The law applies as well to alleged ‘incitement’ “by means of speeches, proclamations, writings, emblems, banners or other representations tending to the same end” opening the way to even greater suppression of all forms of dissent and civic and social activism. Conviction under the law carries a penalty of up to 12 years’ imprisonment. 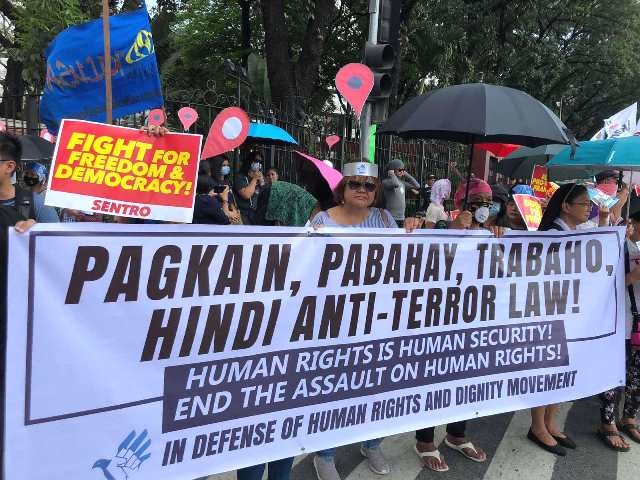