Representatives of the Citra Mina Workers Union and their national center SENTRO have called on the seafood industry employers’ association SFFAII to take stock of the potential consequences of  growing international concern over the industry’s ongoing failure to respect international standards.

At a press conference in General Santos City on May 9, the unions urged SFFAII to drop its opposition to implementing the government Department of Labor and Employment’s Department Order No. 156-16. Formally adopted in June 2016, DO 156-16, which establishes minimum social standards on Philippines-registered commercial fishing vessels, has been “suspended” due to industry lobbying. The unions emphasized that the Order merely seeks to enforce existing elements of the Labor Code and obligations set out in international instruments to which the government is a signatory. Holding up implementation of 156-16, and failure to resolve the long-running Citra Mina dispute, the unions warned, needlessly jeopardized the future of the industry. 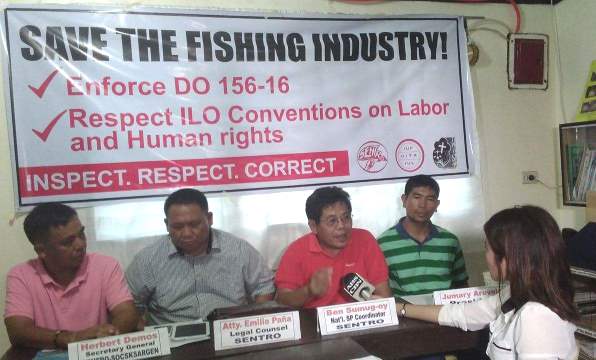