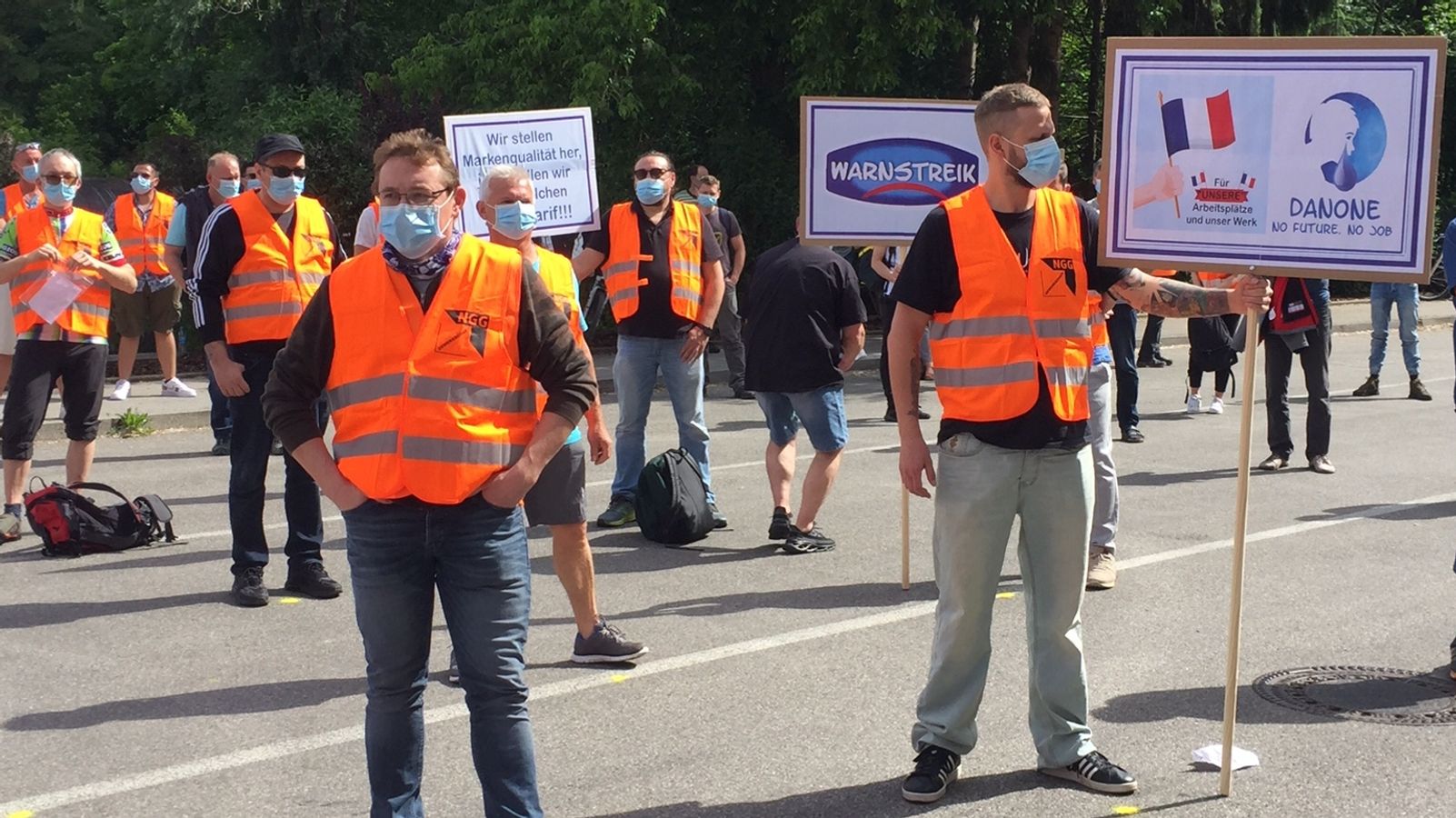 The food company Danone plans to close its plant in Rosenheim in 2021. Danone Rosenheim workers are dissatisfied with the management’s offer – and made their demands clear by organizing a “warning strike” on June 3, 2020.

“We will not allow ourselves to be mistreated,” read the large letters on banners that the Rosenheim-based Danone workers held up during their strike in front of the Danone factory gate. The plant has been located in the middle of the city for more than 90 years. It will close in July 2021, and the economic performance of the plant is good. “The plant works profitably”, says Manuel Halbmeier of the Food, Beverage and Catering trade union, NGG.

Anger amongst the 160 employees is huge. According to the union, more than half of them are over 50 years old and have poor job prospects once the plant is closed. Through the strike, NGG is also seeking to get a far better proposal for a social plan for employees. They want to secure higher severance payments than those previously offered by the company – and in addition improved training opportunities.

“We are also ready to talk to the union, but the priority for us is the negotiation with the works council,” said company spokeswoman Susanne Knittel on June 3. A proposal for a social plan was submitted to the works council three months ago. So far, there has been no counterproposal by the works council. Knittel added, “For us, the social plan is the priority, because it includes all employees, not just those who are organized in the union.”
Strike under corona conditions

The strike lasted a total of eight hours from 10 am to 6 pm. Because of the pandemic strikers wore masks that covered their mouths and noses at the rally and maintained the required minimum physical distancing.

The French food company Danone announced in January that it would close its cream cheese plant in Rosenheim. Production is scheduled to cease in July 2021. Danone mainly produces quark yoghurt creams in Rosenheim, as well as quarks and cottage cheese. According to company information, Danone generated almost 25 billion euros in sales in 2018 with over 100,000 employees worldwide.