Published: 30/11/2017
IUF members from across Indonesia held a protest against attacks on trade union rights at Coca-Cola Amatil Indonesia at the Coca-Cola Balinusa Operation Headquarters and distribution center in Bali on November 29. Despite the closure of the airport due to volcanic activity, IUF members travelled overland to Bali to demand the reinstatement of unfairly terminated union leaders and an end to the ongoing attack on independent, democratic unions.

IUF members from FSPM, the independent national union of hotel, restaurant and tourism workers, organized the action together with food workers unions across the country. 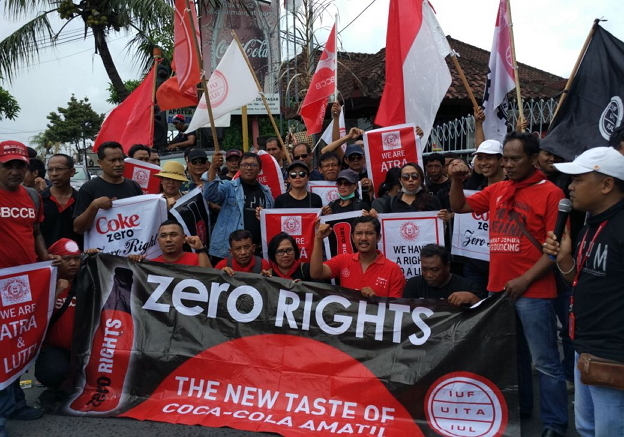