Across the Asia-Pacific region IUF-affiliated unions are preparing  for International Women’s Day 2014, reasserting the 5 demands raised last year under the banner “Women’s Voices Shake the World!”.

March 8, 2013 meetings and mass rallies were held in 11 cities in 6 countries in the Asia-Pacific region, including India, Indonesia, Pakistan, the Philippines, Malaysia and Thailand.

The five common demands under the banner Women’s Voices Shake the World! are:

1. Equality at the workplace

On March 8 this year IUF affiliates are planning bigger, louder actions in more cities across the Asia-Pacific region as well as in other regions in the world.

Please click here for a higher resolution image of the banner. 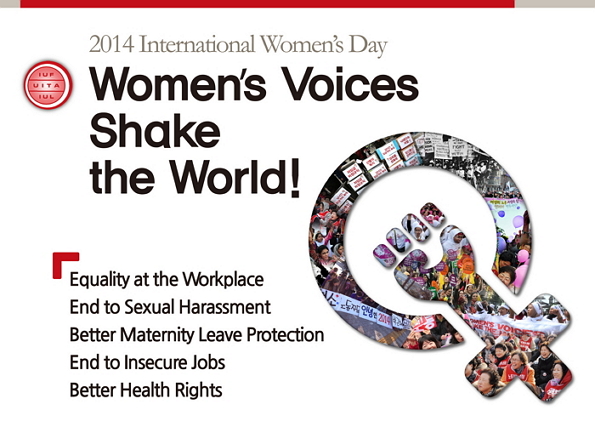