IUF affiliates are taking action in solidarity with our affiliate in Indonesia, the independent hotel and restaurant workers’ federation FSPM, to demand the reinstatement of victimized union leader Husni Mubarok. Husni was elected president of the FSPM in January 2018. He is also chair of the FSPM union at Accor’s Pullman Jakarta but was dismissed by the hotel management in July 2018 as the union was mobilizing to demand the right to negotiate wages. The union refuses to accept his dismissal, and unanimously re-elected him as chair in August 2019.

FSPM held protest actions in five cities on November 21: Jakarta, Bali, Bandung, Yogyakarta, and Surabaya. In Jakarta, some 150 union members demonstrated in front of the Pullman Jakarta hotel – their 22nd action since Husni was dismissed.

Affiliates from around the world have expressed their support for the FSPM by protesting to local Accor management and demanding Husni be reinstated. 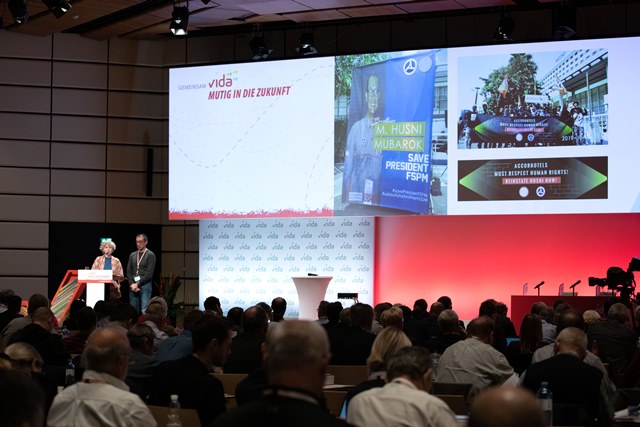 November 6, 2019: Delegates and international guests at the Congress of the IUF’s Austrian affiliate Vida pledged support for Husni and the FSPM struggle for union rights at Accor’s Pullman Jakarta 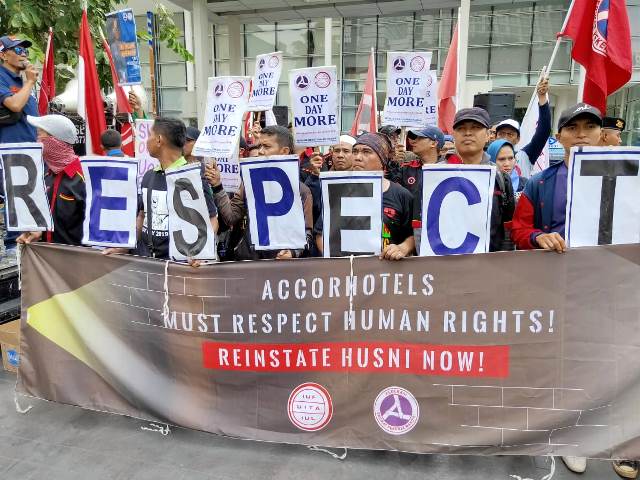