Five months after internationally coordinated action by IUF and SENTRO secured the release and repatriation of 43 fishing crew detained in Indonesia and abandoned by the tuna giant Citra Mina, the Citra Mina Workers’ Union and its allies celebrated the launch of three newly built fishing vessels owned and operated by the union.

After returning to the Philippines the abandoned crew testified at a Congressional hearing on human rights violations by Citra Mina. With Citra Mina refusing compensation, the union secured funds from the integrated livelihood program of the Department of Labor and Employment (DOLE) to finance the construction of the boats. The boat launch was attended by DOLE Secretary Baldoz and Undersecretary Chato.

The boats were built by the 43 returned fishing workers and will be crewed by them as part of the ‘Worker Safe’ tuna campaign that makes workers’ rights, decent working conditions and workers’ health and safety integral to the sustainability of the tuna industry in the Philippines.

The Citra Mina Workers Union, which is affiliated to IUF through the SENTRO Food & Beverage Workers’ Council, continues to fight for the reinstatement of union leaders and members terminated nearly two years ago for exercising their human right to join a union. 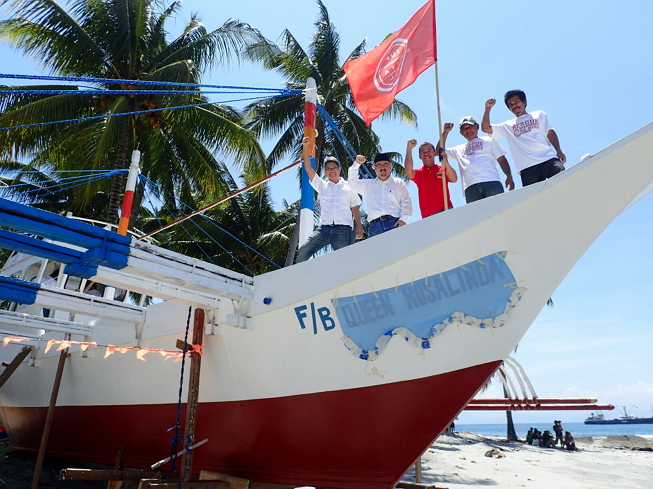