If running is a pleasure, running for good causes is a real pleasure. This is what IUF’s Massimo Frattini did last Sunday, 14th July, in London in The British 10K London Run.

Some weeks ago Tourism Concern, our partner in the “All-inclusive” research project, offered us the chance to participate in the race as they had 6 places to sell for funding themselves and their campaigns. The IUF immediately has decided to be in the race as a good vehicle to promote the newly launched “Housekeepers Rights Logo Campaign” as thousands of people – runners and supporters – would see our campaign logo. 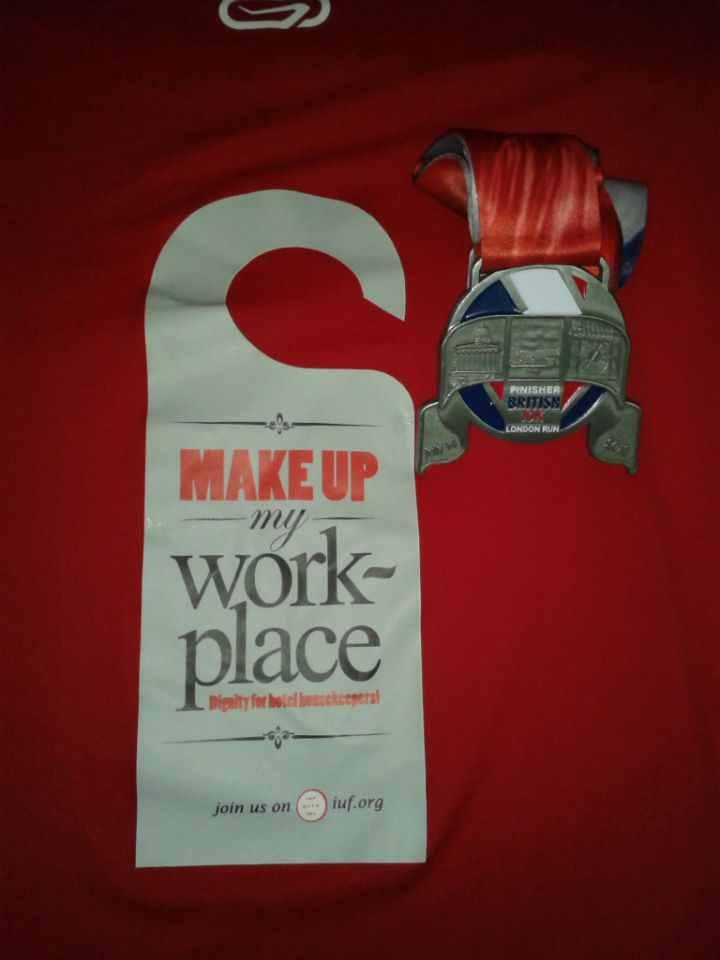 The “Housekeeping Campaign”, officially launched during the Executive Committee held in Geneva on May 29/30, aims to help improve hotel cleaners’ working conditions, to find out and share good practices, and to engage hotel companies and institutions in developing new policies to prevent workers getting physically and psychologically injured: workloads, heavy beds, and working tools cause pain and suffering to the point that many of these workers regularly use pain killers to be able to work. Verbal and sexual harassments also happen too often in workplaces from guests, supervisors and even co-workers.