After 8 months of negotiations punctuated by strikes and demonstrations, a settlement was reached and ratified by a majority of the NGG membership in late April.

In September 2017, workers at the former Nestlé factory in Uelzen, in northern Germany, were informed that the company intended to slash over 180 jobs amounting to 50% of the factory’s workforce and lower wages and benefits.

Through long and difficult negotiations, the number of job losses were limited to 92 and for the 282 workers who remain, there is a job guarantee until the end of 2021. Furthermore, the seasonal workers will continue to be employed.

In return, the workers have agreed to forego wage increases and part of their Christmas bonus.

Within the framework of the collective agreement package it was also agreed that Froneri shall invest EUR 3.5 million in the site. 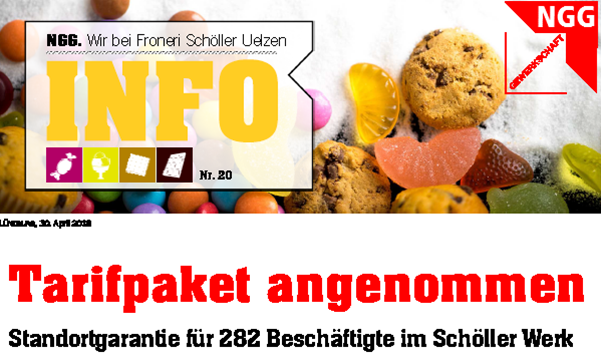