Home/News/Sick consumers and injured workers: the price of cheap chicken 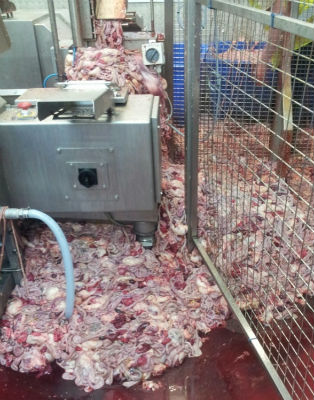 UK affiliate Unite the Union has called for increased numbers of food inspectors in the wake of the Guardian newspaper expose on the serious food safety risks throughout the poultry industry supply chain. Unite opposed the cuts to food safety inspection services by the UK Coalition Government and now the inevitable increased risk to consumers has been documented for the British public.

A Food Standards Authority report revealed 55% of food establishments did not receive an inspection in the 2012/13 year.

The Guardian revealed that large abattoirs typically run lines at an incredible rate of 185 to 195 birds a minute.

Food hygiene, worker health and safety and the nature of employment all need to be taken into account in reducing risk.

Negotiation with unions on the reduction of line speeds and other health and safety measures will improve food safety.