Home/News/Solidarity now with workers and the democracy movement in Belarus!

Despite massive repression, thousands of people continue to take to the streets and workers continue their workplace actions in ongoing protests against the fraudulent re-election of Alexander Lukashenko.

At least four people have been killed and hundreds injured during the protests. Leading opposition figures have been kidnapped and imprisoned. Independent union leaders are being called to meetings with the government’s bureau to combat organized crime (!) and threatened with prosecution if workers continue their protests, go-slows and other industrial action in support of the democracy movement. Liza Merliak, international secretary of the IUF-affiliated independent trade union BITU, was arrested last week but later released.

On September 10, the Executive Committee of the IUF’s European regional organization IUF-EFFAT affirmed its full commitment to the fight for democracy and worker rights in Belarus and called on the European Union and its member states to use all possible means to pressure the Belarus authorities to release all political prisoners and cease the violence against its citizens. 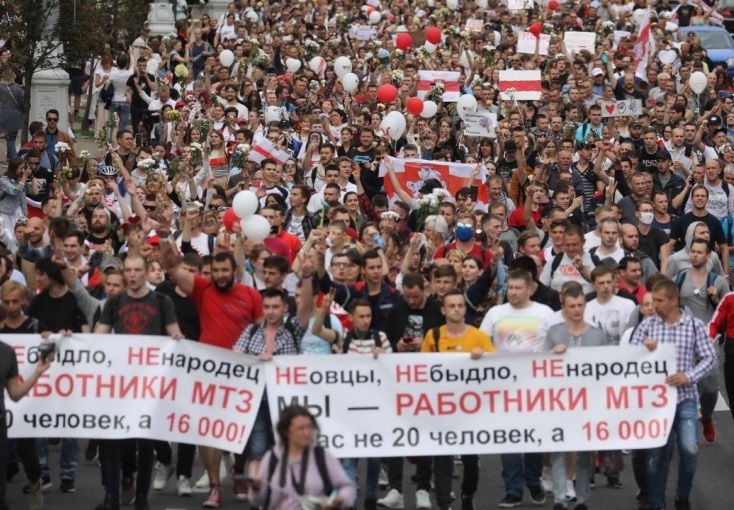 The IUF has joined with LabourStart, independent unions in Belarus and other international union organizations in a call to Stop the violence – defend democracy and human rights.  CLICK HERE  to support the campaign.