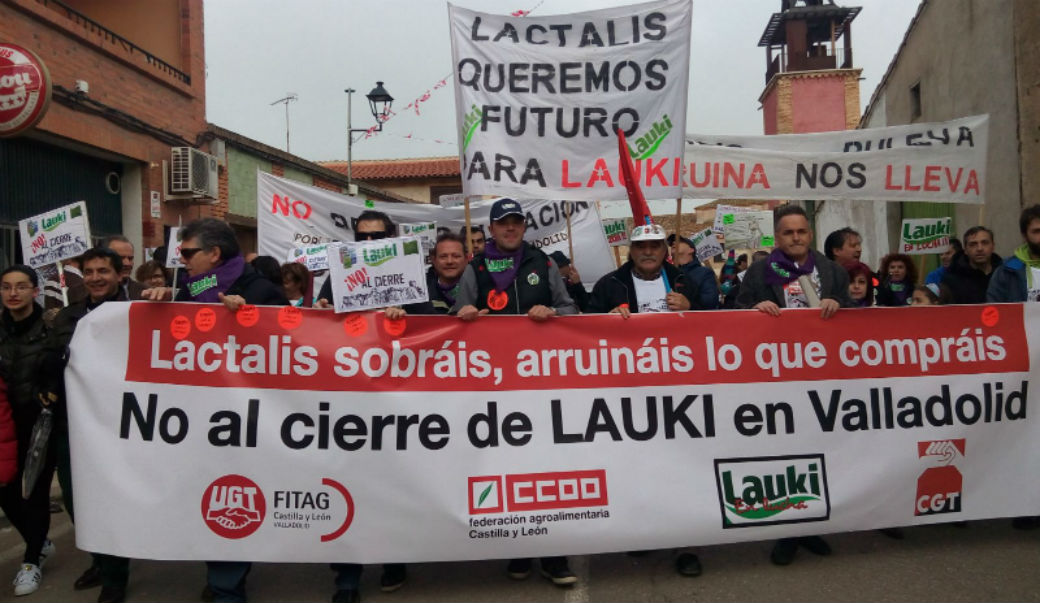 Workers employed by Lactalis in the Spanish city of Valladolid were joined by supporters on April 23 to protest the determination by the French based dairy TNC to close the factory by the end of June. The workers’ IUF affiliated unions, FITAG-UGT and FEAGRA-CC.OO, have been in negotiations with the company to keep the plant open either by Lactalis retaining ownership or by selling it to another dairy company.
The discussions have not resolved the conflict and the unions believe the company would prefer to close the plant than sell it to a competitor and are simply rationalizing and concentrating production to increase profits at the expense of the jobs of local people.
The unions have been gaining community and political support and are still fighting to save the factory.