Over one thousand tourism workers, led by the IUF’s Spanish affiliates CC.OO Servicios and FeSMC-UGT, marched the more than 60 kilometers from Marbella to Malaga May 22-25 in support of their demand for a new collective agreement. Twenty percent of all workers In Malaga are employed in the tourism sector, and the Malaga Hospitality Agreement is a reference standard for bargaining elsewhere in Spain. 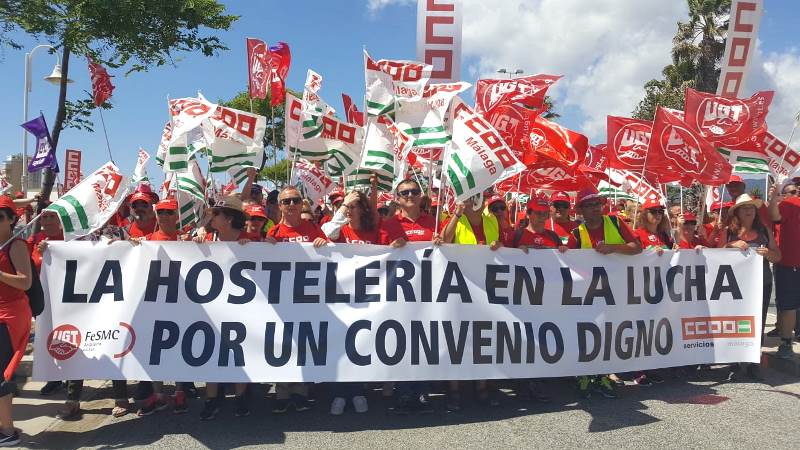 Negotiations for a new agreement to replace the one which expired in December 2017 collapsed in the face of employer insistence on weakening employment rights and increasing outsourcing and precarious employment. The unions are also demanding pay increases in a sector which generates high profits while wages and conditions have deteriorated dramatically for many workers. The unions are planning further action to bring employers back to the negotiating table.