Home/News/Strike at Philip Morris operations in the Philippines over closures, mass layoffs 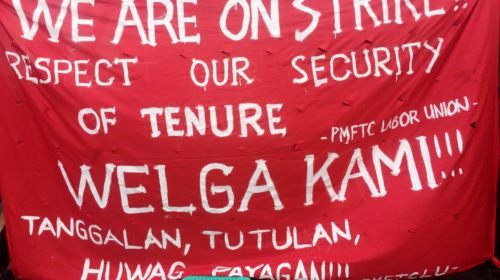 In August 2018 PMFTC arbitrarily closed the redrying plant in Vigan, Ilocos Sur, terminating 90 workers, and laid off another 220 workers (a third of the workforce) at its Marikina factory. Although the company announced rising productivity and profits, with workers reaching their targets, management refused to provide any information on the reasons for the closure and layoffs and also refused to engage in any negotiations with the union.

PMFTCLU-NAFLU and Partido Manggagawa continue to maintain picket lines at both the Vigan and Marikina factories which remain closed.