Home/News/Support the feminist strike in Switzerland! 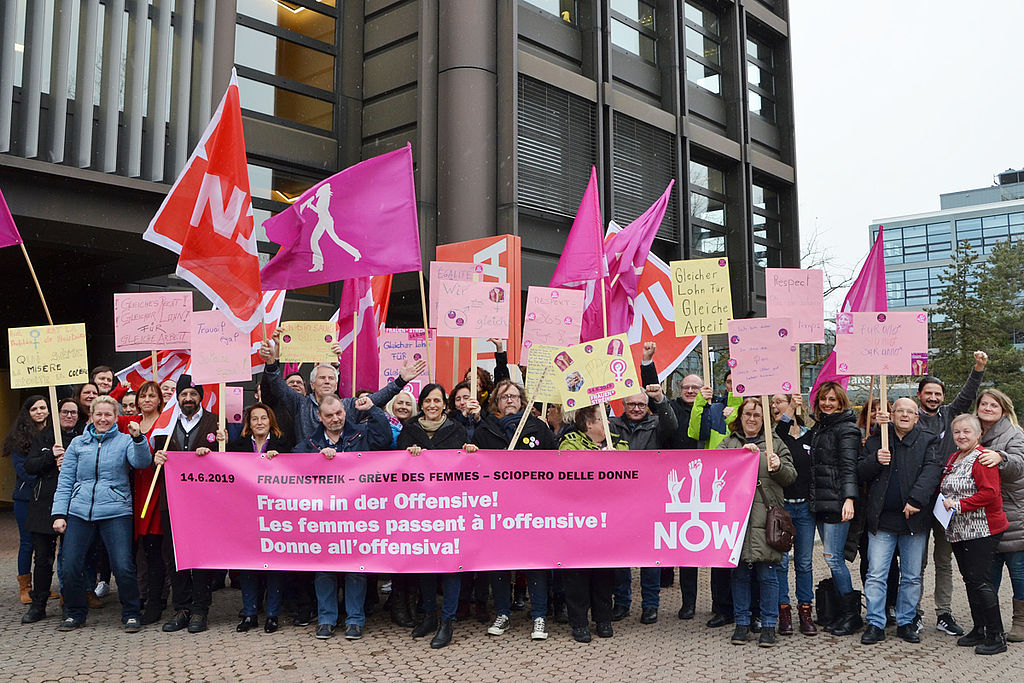 On June 14, 2019 women across Switzerland will be on strike, at work and at home. The strike, overtly feminist and widely supported by trade unions (including our Swiss affiliate Unia), civil society groups and various political parties, is the successor to the historic strike of June 14, 1991. On that day, 500,000 women went out on strike under the slogan ‘The country cannot stand when women fold their arms!’ to demand action to finally deliver on the promise of equality inscribed in a constitutional amendment a decade earlier. In response to the strike, a federal law on equality was adopted, establishing in law, among other measures, the right to maternity leave and protection against domestic violence.

Despite these legal advances, women in Switzerland continue to face substantial discrimination. Women in Switzerland earn on average 19% less than men; they are disproportionally employed on precarious contracts, and suffer disproportionally from unemployment; they continue to be dismissed after taking maternity leave; and mothers perform 53 hours of home and family work every week, compared with 19 for fathers. Every month, two women are murdered by their current or former partner, and one woman in 5 will experience violence in the course of their lives. Swiss asylum law takes no account of gender-based violence in the countries they flee, in the course of their migration or in Switzerland.

It is once more time to demonstrate that no country can function without women, to demand concrete measures to challenge the patriarchal culture which sustains inequality and oppression and to denounce the politics of neo-liberalism, whose first victims are women. The strike demands include, among others: practical implementation of the principle of equal pay for work of equal value; recognition of the value of so-called ‘women’s work’; regularization and legal protections for migrant women workers; social security and pensions sufficient for a decent life; and comprehensive national policies to put an end to sexist violence and discrimination.

The strike is also an occasion for women in Switzerland to show solidarity with their sisters around the world, women who are the victims of violence and whose rights are violated but who are also exploited at work in the pursuit of ever-greater profit.

In April 2019 the IUF Women’s Committee affirmed its solidarity and support for the strike. We encourage all affiliates to likewise show their support by writing to Unia ([email protected]) before June 14.