At the end of April Nespresso announced the introduction of new shift patterns which will significantly worsen working conditions at the 3 factories in Switzerland. A majority of the workforce objected and has mandated the IUF-affiliated trade union Unia to negotiate. However, Nespresso refuses dialogue.

On 15 May, more than 50 Nespresso workers and their families demonstrated outside the company headquarters in Lausanne. Supported by Unia and the IUF, they called for respect for trade union rights and the opening of negotiations on the new working conditions imposed by management. 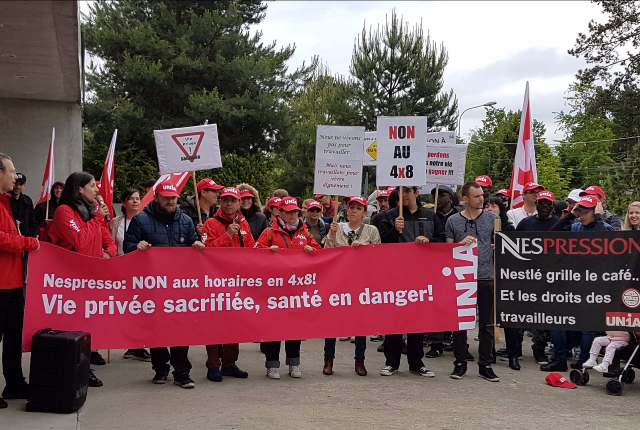 Nestlé produces coffee in capsules for its world-wide Nespresso business in 3 factories in Switzerland.