On March 22, World Water Day, tea plantation workers in the Indian states of Assam and West Bengal assembled to demand the right to water and sanitation.

In tea plantations supplying the world’s biggest tea brands, workers and their families have limited access to safe drinking water and the latrines in the housing provided by companies are outside their homes, with no running water, no lights and often no doors.

Over the past two years workers organized their own water and sanitation teams to survey the quality of water available on plantations and sanitation facilities. On March 22, these surveys were presented, together with concrete proposals on what needs to be done.

“We don’t want management to just put a few taps and toilets here and there for show,” said one worker in West Bengal. “We have a map and survey to show where it should be put. It is our right and they must listen to us.”

Workers in Assam expressed concern that international certification bodies are colluding with management to build a few toilets and taps simply to show progress. 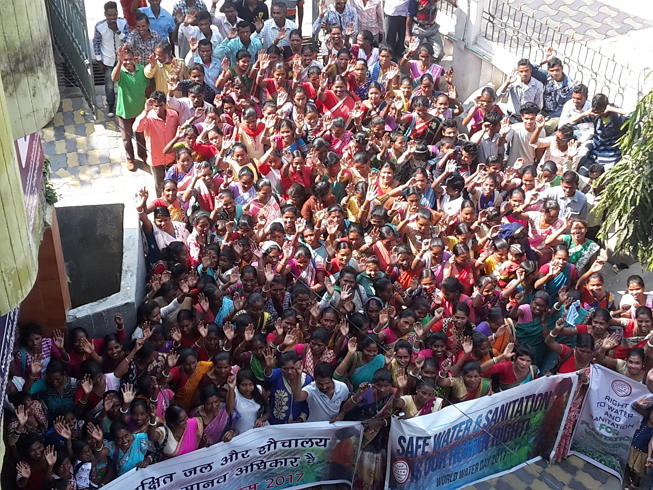