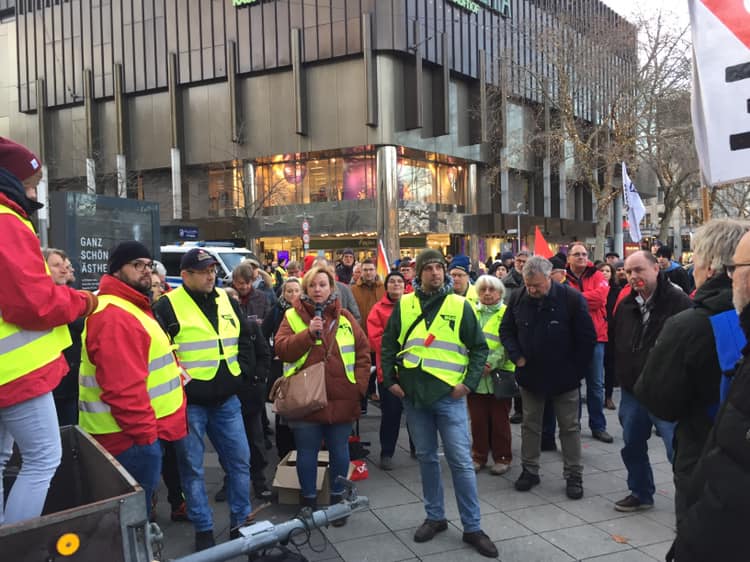 The German Food and Allied Workers Union (NGG) is taking legal action against the management of the Gilde Brewery. According to a union spokeswoman, it is taking the brewery to court for splitting up the company and obstructing the work of the works council. On Friday night, November 29, the parent company TCB split the brewery into four independent companies without any consultation with the works council. A company spokeswoman claimed that this action had already been announced as it had been planned for some time. She said it had been done to protect jobs and secure the brewery’s future, adding that brewery workers would not suffer financially from the decision. However, the NGG believes the split is against the law and partly motivated by the management’s desire to crush the works council.

According to the NGG, four members of the works council were stopped at the brewery gates and threatened with consequences if they continued working as employee representatives. They were told they would no longer be employed by the Gilde Brewery but by another company that has no works council. The union claims this is against the law. An NGG spokeswoman told local radio station NDR1 Niedersachsen that the works council members had to clear out their lockers and change their clothes under the supervision of a private security company. Partition walls have also been erected in the canteen, car park and bottling area. According to a brewery spokeswoman, these create a clear physical distinction between the four companies, and the security company had only been engaged to protect the employees’ property.
A wage dispute (article in German) has been ongoing at the Gilde Brewery for many months. End of November workers voted to go on indefinite strike (article in German).

Please find the original report in the German media here (in German).