Published: 10/09/2016
The IUF Executive Committee at its meeting in Geneva on September 7 and 8, 2016 noted the efforts of the Asia-Pacific affiliates and their successes in improving the working conditions of tuna workers and seafood workers in PNG, Philippines, and Indonesia.
Members of the Executive Committee supported the proposals of the sea food industry workers’ unions to step up international organising efforts in the sector whose workers in the vast majority of the world’s countries have no chance of creating unions and securing conditions that would facilitate their organisational development.
A decision was made to set up an international working group for the purpose of developing general coordination, strengthening solidarity campaigns to support workers in fishing and fish processing companies, and preparing for the seafood workers’ division within the IUF.
It was deemed expedient to engage with the relevant UN agencies and other international organisations to demand the development of new mechanisms for improving the protection of seafood workers worldwide and build alliances to fight for a sustainable fishing industry, decent living and working conditions for all fishers and workers in the fish processing and distribution sectors. 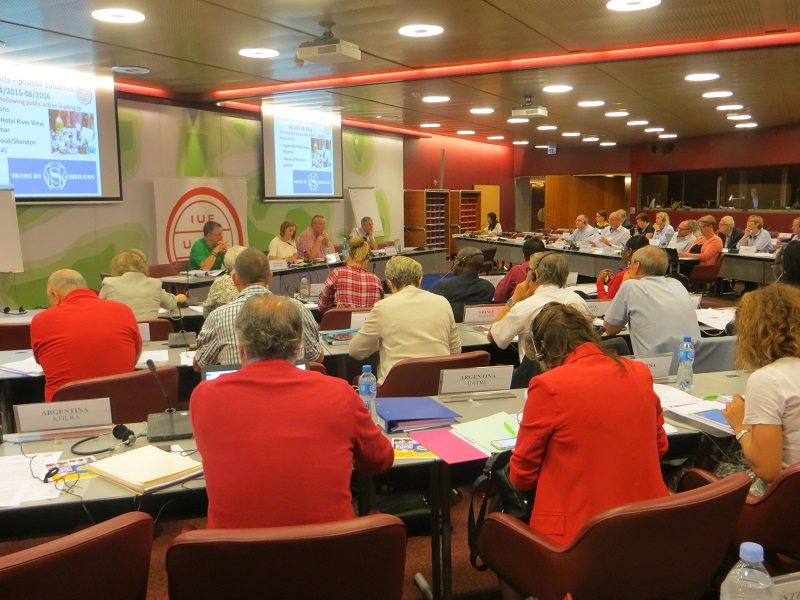