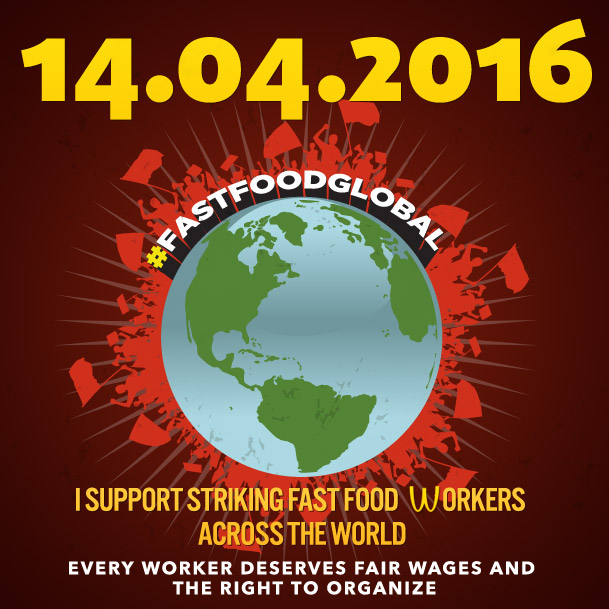 On April 14, thousands of fast food workers in 40 countries joined the third International Fast Food Workers’ Day, participating in a variety of actions including leafletting, demonstrations and strikes. Global protests were organized to highlight the poor working conditions within the sector and to highlight wage theft, zero-hour contracts, low wages, precarious employment and to demand the right to join or form a union.

McDonald’s was the main target as the world’s second largest private employer including its franchised operations, and as a standard setter for the entire sector. In many countries affiliates took actions against other fast food chains linking their ongoing struggles to defend workers in those chains with calls for global solidarity with all fast food workers. 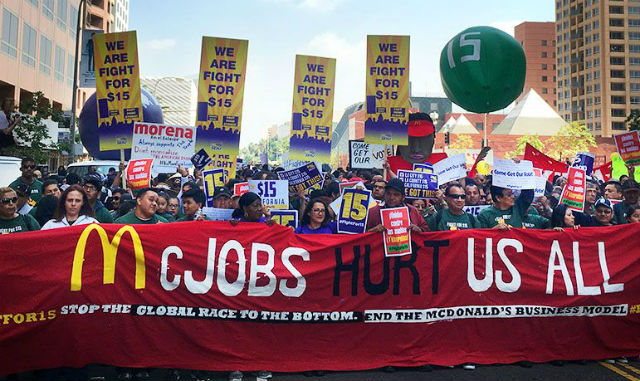 Some of the many pictures available on social media under the hashtag #FastFoodGlobal are available here: 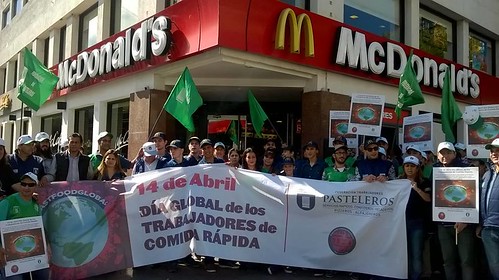