The 14 workers fired one year ago for organizing a union at their Cargill factory in Bursa-Orhangazi, Turkey and their union Tekgida-Is are more determined than ever to have their rights respected. To mark the first anniversary of their ongoing struggle, on April 17 trade unionists and their supporters gathered in front of Cargill’s Istanbul head office calling on the company to reinstate the 14 workers immediately. 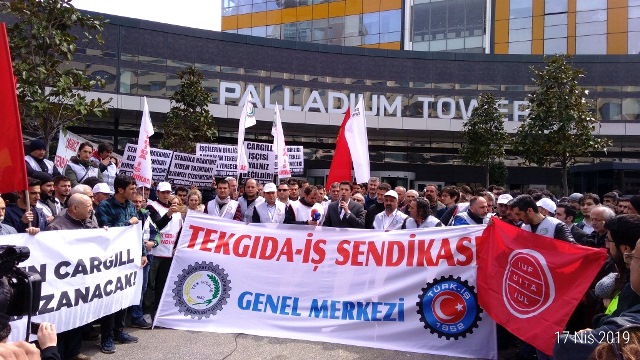 IUF affiliates around the world have actively supported the campaign to reinstate these 14 workers and called on the company to act to ensure that workers at Cargill Turkey can freely exercise their right to join a union without fear of victimization or retaliation. The fight for rights at Cargill continues.