On November 6, thousands gathered for the funeral procession of farmer leader Baek Nam-gi in Gwangju Geumnamno Square, site of the 1980 democracy uprising. The protestors reiterated calls for the authorities to be held accountable and to hold an official investigation into his death. 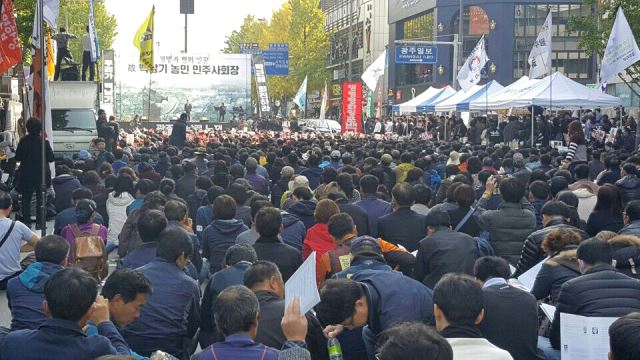 The very emotional burial ceremony of Baek Nam-gi follows a six-week struggle against aggressive police efforts to seize his body by force.

Another People’s Rally will be held on November 12 to condemn the government’s brutal crackdown on last year’s demonstration and demand the release of imprisoned trade unionists. 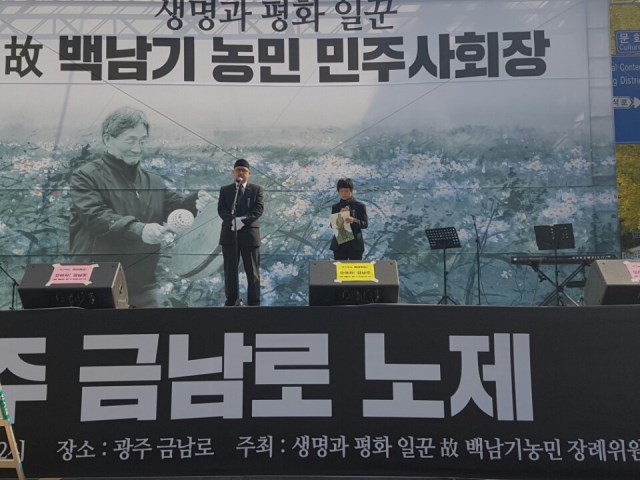