Following changes to the labour code in Brazil in 2017 which removed the mandatory deduction of union dues for workers covered by a recognized trade union structure, workers at the Nestlé factory in Cordeirópolis met in general assembly and voted overwhelmingly (188 to 9) to have their union dues deducted at source and transferred to their union, STIAL.

However factory management demanded that each individual worker inform HR in writing of his or her desire to have union dues deducted.

The IUF has informed corporate Nestlé management that freedom of association rights require that company management not interfere in the legitimate and democratic decision making processes of the union. Furthermore, the new labour code, while removing the mandatory nature of the trade union contribution and making it contingent on the authorization of the workers, is silent on how this authorization is to be obtained.

A local labour court has issued an injunction regarding this case, instructing Nestlé to proceed with the deduction of the trade union contribution adding that individual authorizations are not necessary. 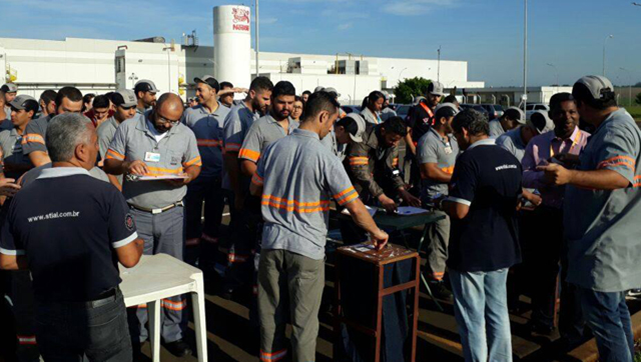