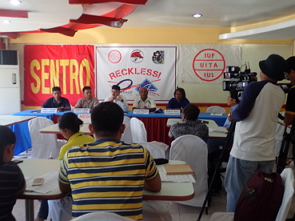 Workers across the tuna industry are escalating the campaign to make sustainable jobs and respect for human rights an integral part of a sustainable fisheries industry. At the March 11 launch of Tuna Workers Solidarity in General Santos, the tuna capital of the Philippines, workers and their families condemned human rights violations, forced labour and trafficking, insecure employment in tuna factories and tuna companies’ refusal to take responsibility for fishing vessel workers lost at sea or abandoned in other countries.

A delegation of tuna workers from the Maritime and Transport Workers’ Union of Papua New Guinea, affiliated to the ITF and IUF, joined Tuna Workers Solidarity and spoke at a press conference together with the IUF, SENTRO and the Citra Mina Workers’ Union.

Human rights violations by Citra Mina, which fired over 200 workers 3 years ago for organizing a union, were highlighted as an example of the kind of irresponsible, unethical and unsustainable practices that threaten the tuna industry and the communities that depend on it.

In response over 700 workers in tuna processing and canning as well as workers on tuna fishing vessels declared their support for Tuna Workers Solidarity and a commitment to save tuna industry jobs and the environment from reckless companies. 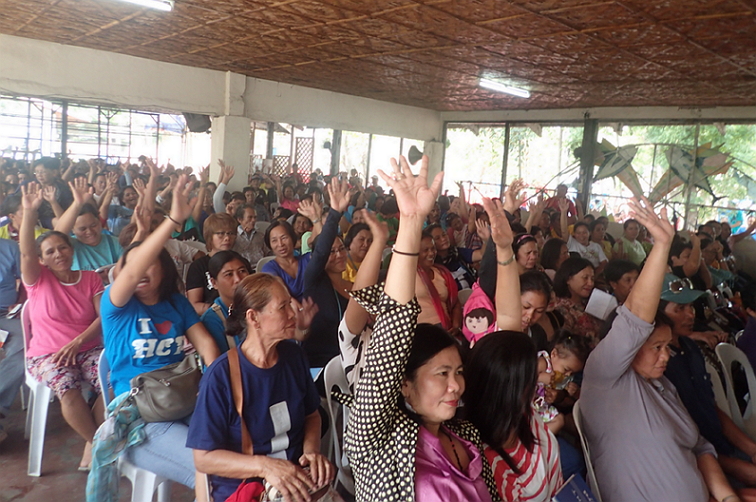