Members of the IUF-affiliated TOLEYIS protested anti-union practices by management on July 9, 2015 in front of Swissotel The Bosphorous in Istanbul. Workers at the hotel organized a union in 2004 but are now being alternately pressured to resign or encouraged with rewards to leave the union. 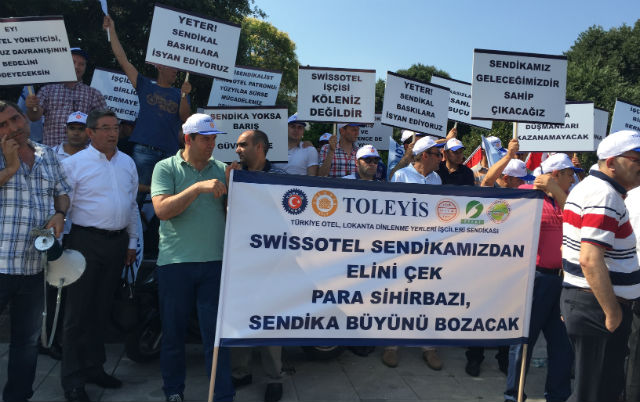 On June 26, IUF General Secretary Ron Oswald wrote to Swissotel management urging the company to stop union-busting and recognize the rights of the union and its members. Click here to read the letter.