Home/News/UFCW success at Unilever US

Members of UFCW Local 400 approved a first collective agreement on July 24 which brings significant gains for workers at Unilever’s Lipton tea factory in Suffolk, Virginia. Member ratification of the agreement brings to fruition an organizing and bargaining effort which began last year with UFCW support for workers seeking union representation. In August 2016, a majority of workers voted to be represented by UFCW Local 400. Recognition was followed by months of tough bargaining. The agreement now ends the forced overtime regime by limiting the number of consecutive work days. Previously, workers could be required to work 13 days out of 14. The agreement also brings significant improvements in health care coverage and a 2.25% wage increase for 2017, retroactive to January, and annual 2% wage increases for the following three years of the 4-year contract.

In an excellent local news presentation (available on youtube here) Suffolk workers talk about what the agreement means to them. Ongoing negotiations between the IUF and Unilever corporate management built on Unilever’s recognition of the IUF established a framework for ensuring that the Suffolk workers could effectively exercise their right to join a union and their collective bargaining rights. 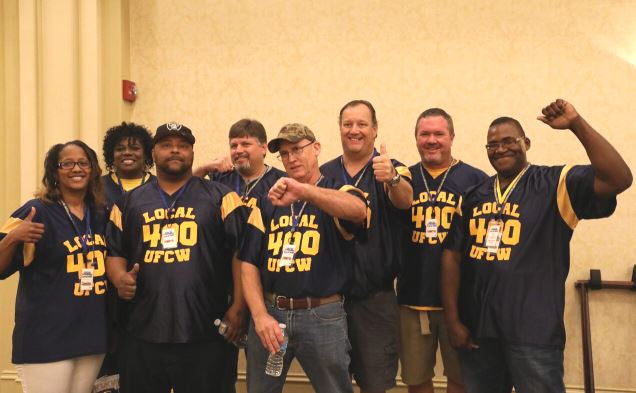