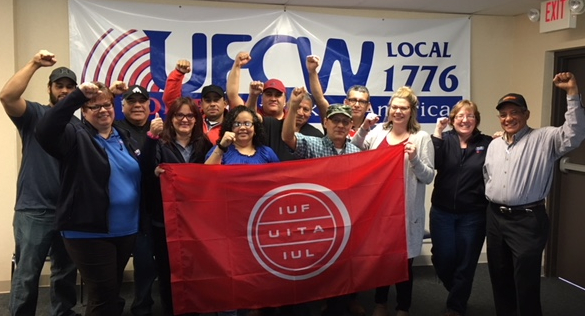 The updated non-discrimination language refers to “sexual orientation” rather than “sexual preference”. The language ensures that the Company and the Union will not discriminate against any employee or applicant for employment because of race, sex, color, creed, nationality, age, religion, veteran status, handicaps, national origin, sexual orientation, gender identity and gender expression.

The IUF congratulates UFCW Local 1776 for this significant step forward for rights of LGBTI workers at Cargill and encourages all affiliates to include similar non-discrimination proposals in their collective bargaining negotiations with companies.