Militant action by the IUF-affiliated Bakers, Food and Allied Workers Union has defeated the use of zero-hours contracts  at the Hovis bakery in Wigan.

Agency workers on these abusive contracts (no specified hours, limited guarantees on conditions) were brought in after 30 permanent positions were eliminated earlier this year together with cuts in pay and hours. Following the second in a series of rolling one-week strikes launched on August 28, the company agreed to move 24 of these workers onto permanent contracts. Shortly before the third planned action, Hovis agreed to strict limits on the use of agency labour. Agency workers employed full time for 12 weeks will move to parity pay, i.e. there will be no “Swedish derogation” which is widely used to deny agency workers equal treatment.

At least one million UK workers are currently employed on zero-hours contracts, earning some 40% less than average with zero job security. 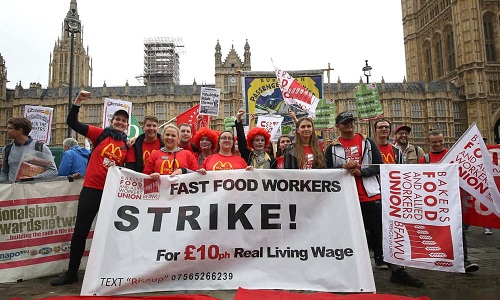