Home/News/UK: Workers at TGI Fridays in holiday walk out 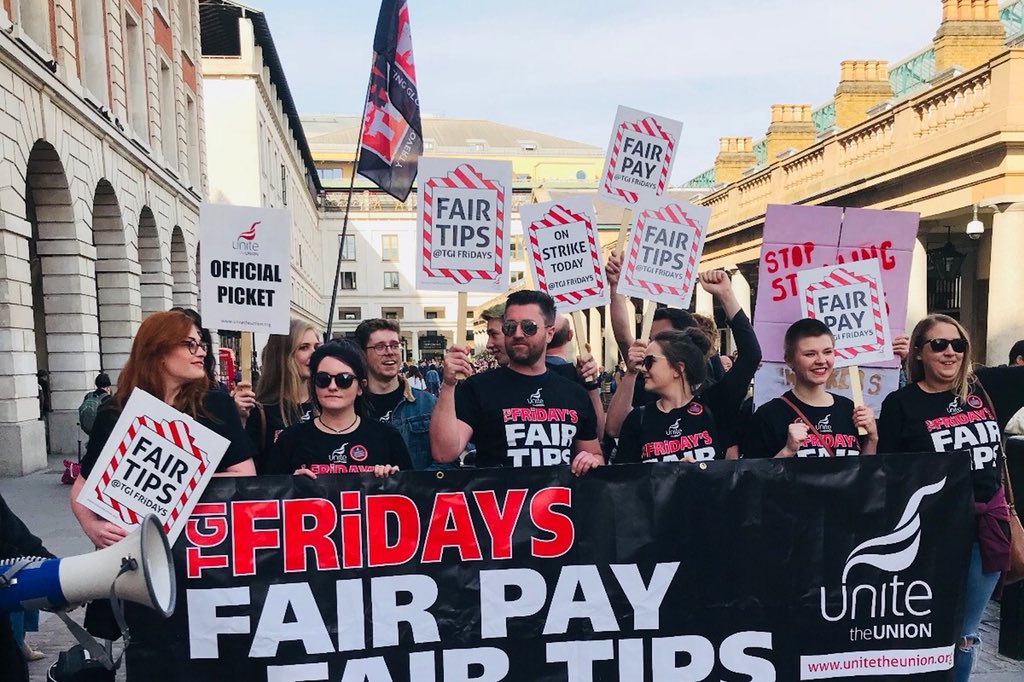 Workers at TGI Fridays restaurants in the UK held a new series of strike actions in their on-going dispute over tipping and minimum wage abuses. The strike from August 23 to 26 was timed to coincide with a UK public holiday.

The dispute started in January when the company introduced a new tipping policy with only two days’ notice. The policy awarded credit card tips earned by the waiting staff to the low paid kitchen staff in order to top up their wages. The move has cost waiting staff around £250 a month in lost wages.

Unite regional officer Dave Turnbull said: “It is inexcusable that a company, which claims to have the best interests of its workers at heart, can continue to refuse to sit down with our members and their union to settle this dispute”.

This is the fifth strike by members of IUF affiliated Unite the Union (click here and here for more).
You can support the fight back against exploitation and low pay – CLICK HERE to send a message to CEO Karen Forrester, telling the company you support the workers’ demands and urging talks with Unite.