Trade unions in Ukraine, including the IUF-affiliated Agro-Industrial Workers’ Union of Ukraine (AIWU Ukraine) held protests in the capital Kyiv and across the country on June 30 to demand the withdrawal of proposed new laws which would radically undermine trade union rights and basic worker protections. An earlier draft, introduced with no consultation or trade union involvement, automatically lapsed with a cabinet change in March. This time the unions were merely informed that the legislation, which substantially echoes the previous draft, has been formally introduced into parliament. 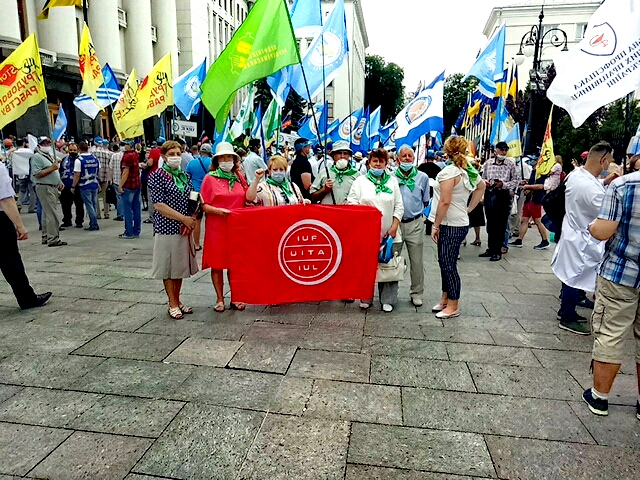 IUF general secretary Sue Longley has called on the government to withdraw the legislation and enter into negotiations with the unions on any new proposals to amend the country’s labour law.

The union protests also demanded payment of massive wage arrears and meaningful workplace measures to protect against the spread of COVID-19.