Published: 22/02/2015
After nearly six months in prison, forty-three fishermen abandoned by the Philippines’ tuna company Citra Mina when their vessel was seized by the Indonesian government are returning home. The news was announced at a Manila press conference February 20 jointly organized by the IUF and the national center SENTRO, whose membership includes the union of Citra Mina workers. 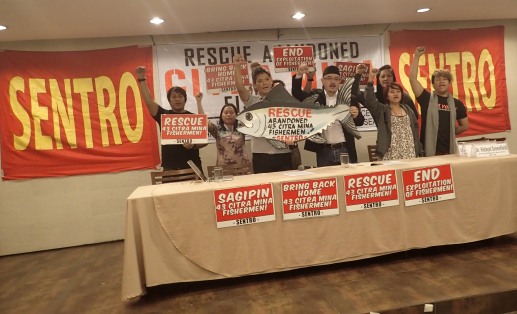 Citra Mina, whose profits rely on workers like those they abandoned, refused to take responsibility for the arrested crew members. “This demonstrates a pattern of abuse of workers’ human rights throughout the Citra Mina supply chain, from fishermen to fish processing workers”, said IUF Asia/Pacific Regional Secretary Hidayat Greenfield. Rights abuses by Citra Mina, including the illegal termination of 237 workers who formed a legally registered union in 2013, will be the subject of hearings in the Philippines House of Representatives scheduled to begin on March 18. Congressman Waldon Bello, one of the sponsors of the hearings, also spoke at the press conference. 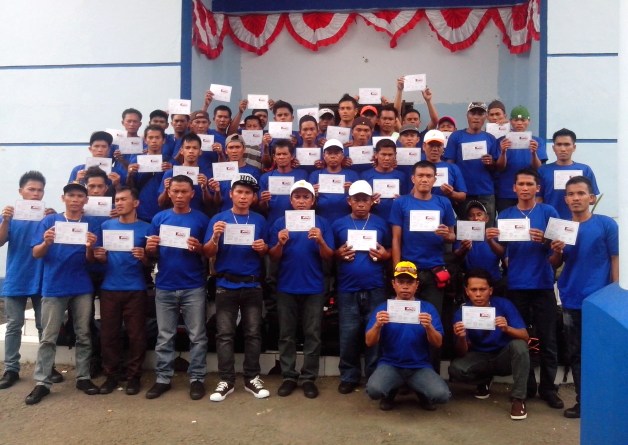 The successful release of the abandoned workers, who risked indefinite detention, was undertaken within the framework of the IUF’s joint ‘Catcher to Counter’ initiative with the International Transport Workers’ Federation. The initiative is working to defend rights and raise standards for all workers throughout the seafood industry.