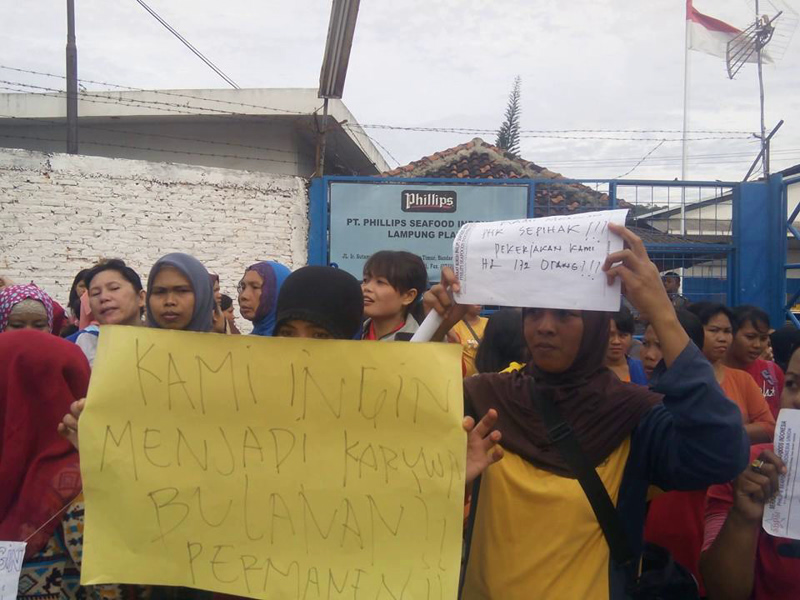 Workers from the Phillips Seafood plant, Lampung, Indonesia are fighting back after 171 workers were brutally sacked between April 27-29. Their bosses just posted a notice on the bulletin board saying workers jobs were terminated. All of the affected workers had been with the company from 3 to 9 years in precarious conditions as daily workers.
On May 4, 2015 the terminated workers with the support of the IUF-affiliated union FSBL, staged a protest outside of the factory gates to demand reinstatement and permanent work status.
PhilipsSeafood.jpg