The IUF-affiliated independent national food and beverage workers federation FSBMM also mobilized members from five cities to join the protest action in solidarity with FSPM’s fight to defend workers’ human rights at one of the world’s largest hotel chains.

While guests ventured out to meet the protesters, management refused to come out to hear the union’s demands. With growing support in Indonesia and internationally, FSPM is planning its next mass protest action. 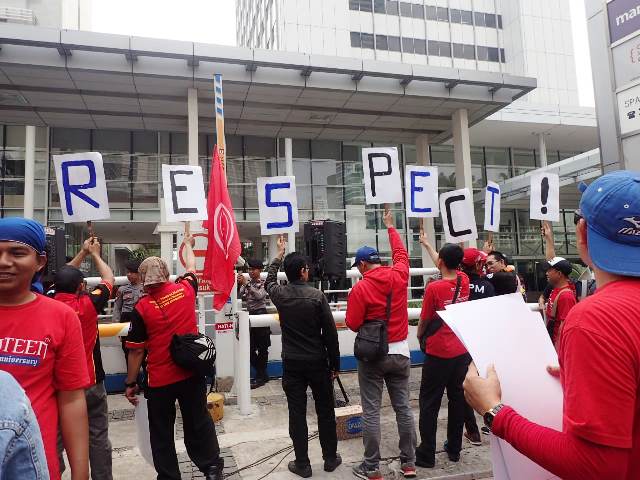