Thousands of people took to the streets in 17 locations around New Zealand on November 8 to show their opposition to the 12-nation Trans-Pacific Partnership Agreement (TPPA). The rallies were organized by the “It’s our Future” coalition and sponsored by the New Zealand national trade union center NZCTU and its affiliates. New Zealand unions were among the first to adopt a position of outright opposition to the wide-ranging investment treaty, which would lock in corporate power in areas including public services, government procurement, finance and intellectual property. 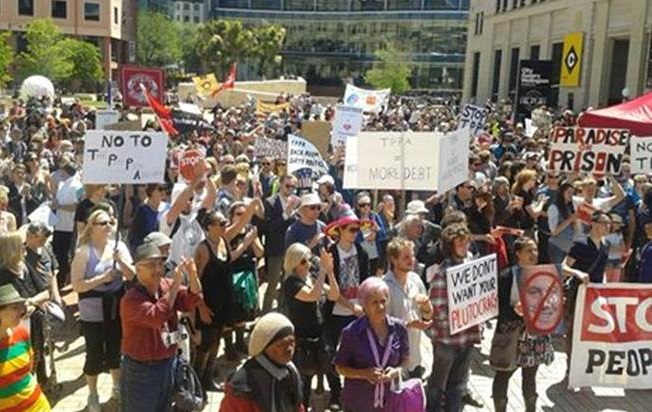