Home/News/Unions mobilizing against sexual harassment in hotels and restaurants: We are not on the menu/Hands off pants on

IUF members around the world are taking action to combat the rampant sexual harassment to which workers are subjected in the hotel, restaurant and catering industries. 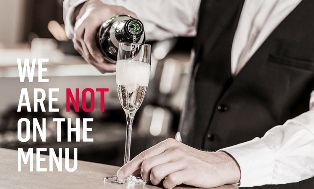 The Nordic Union for Workers in the Hotel, Restaurant, Catering and Tourism Sector, which brings together IUF affiliates in Finland, Iceland, Norway, Sweden and Denmark, has launched a #notonthemenu campaign to raise awareness of the extent of sexual harassment in their sectors and promote zero tolerance at the workplace. In Norway and Sweden, the unions have won the involvement of the employers’ associations and are seeking to expand cooperation. The Nordic Union will be focusing for now on the end of the year holiday festivities and is linking the campaign to the International Day for the Elimination of Violence Against Women. More information is available at the Nordic HRCT Union website. 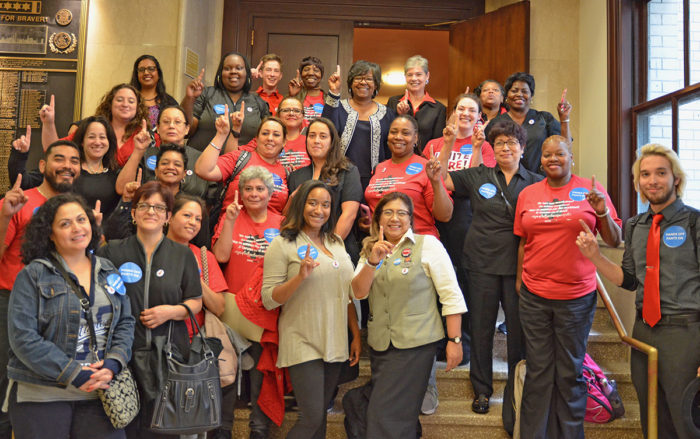 On November 11, UNITE HERE members in Chicago and beyond celebrated the adoption by the Chicago City Council of the “Hands Off Pants On” ordinance to protect Chicago hotel workers. The ordinance, which was developed and promoted by UNITE HERE Chicago Local 1 and the Chicago Labour Council working together with political allies, requires all hotels to provide panic buttons to anyone who works alone in guest rooms and restrooms. The ordinance also protects hotel workers from retaliation when they report sexual violence by guests and mandates hotels to implement an anti-sexual harassment policy.

Last year, voters in the US city of Seattle overwhelmingly approved a ballot measure which gives hotel workers important new protection against sexual harassment and injuries on the job. The initiative was promoted by UNITE HERE Local 8 and other unions, and supported by a large coalition of NGOs and civil rights groups