The UFCW returned to leaflet customers of US Phillips Seafood restaurants in support of IUF members at the Phillips Seafood processing plant in Lampung, Indonesia where the union is fighting for permanent jobs for workers who have been employed up to 15 years without a permanent contract. 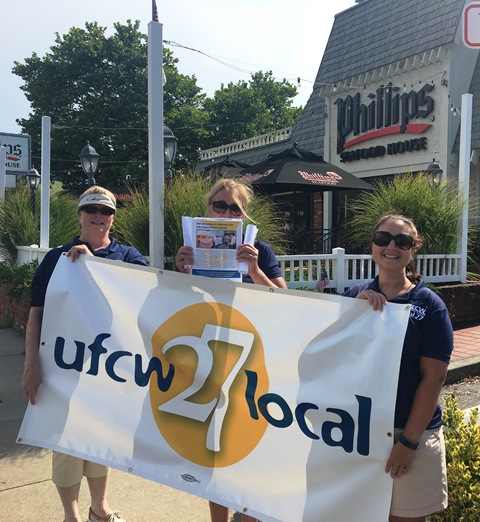 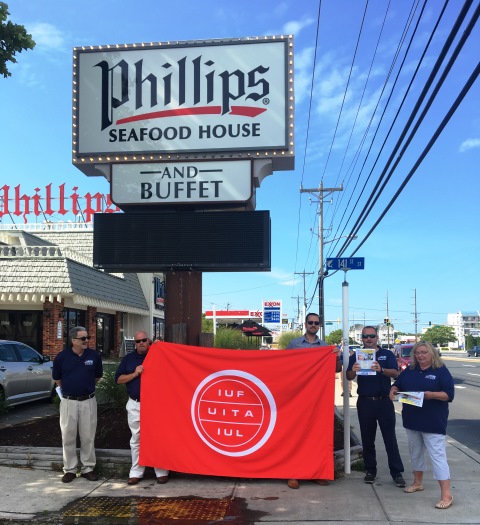 Phillips management in Ocean City, like Phillips Baltimore management previously, called the police in an attempt to prevent the union from explaining the Phillips Indonesia situation to customers. The police allowed the action to proceed.