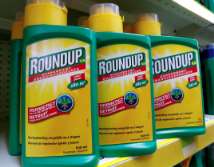 Neither the European Commission nor EU member states have formally challenged the ban on all uses of glyphosate adopted by Austria’s parliament in July this year, paving the way for it to go into effect on January 1. Supported by a cross-party coalition in parliament, civil society, environmentalists, small farmer organizations and trade unions, including the IUF-affiliated PRO-GE, Austria becomes the first EU country to ban the world’s most widely used herbicide, best known as Monsanto’s ‘Roundup’.

While glyphosate maker Bayer/Monsanto had immediately indicated its intention to seek to overturn the ban, and the European Commission questioned its compatibility with the rules of the single market, neither the Commission nor any of the Member States registered their formal opposition during the mandatory ‘standstill period’, which expired at the end of November.

The caretaker government’s agricultural ministry and the powerful farm lobby linked to the conservative Austrian People’s Party, however, have suggested that there may still be procedural grounds for objecting to the law; opponents of the ban fear it could catalyze similar action in other EU countries.

Environmental campaigners have called on the government to provide the necessary support for glyphosate-free farming.